Museums that you can see in Milos

The Milos Mining Museum (MMM) is located in Adamas, the island’s main port.

The Museum’s aim is to promote the rich geological and mining history of Milos and to pay homage to all those who have worked hard in order to develop the island’s mineral wealth that contributed greatly to its financial and cultural affluence during its long and uninterrupted history. 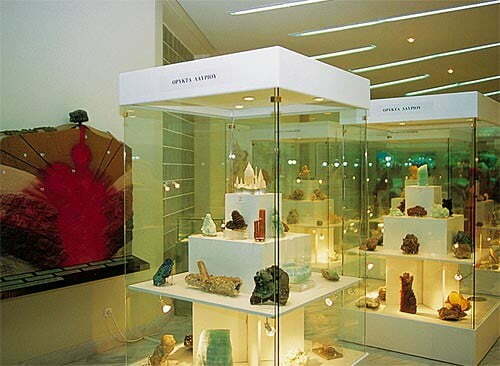 The MMM was established and operates with the support of Imerys Industrial Minerals Greece S.A. The first steps for its creation were taken in 1995 and it was completed three years later, opening its doors to the public on 23 May 1998.

With an aim to inform and to educate the public, the MMM organizes periodic exhibitions, scientific conferences, as well as special guided visits to industrial facilities, mines and areas with geological interest, while it also publishes books on subjects related to mineral resources and mining.

The Archaeological Museum of Milos is located in the capital of the island of Plaka and is housed in a neoclassical building of the 19th century, which is the work of the German architect Ernst Ziller and has been operating as a museum since 1985. Its exhibits include mainly prehistoric finds with findings from ancient city of Fylakopi, but also various other findings of the geometric, archaic, classical and Hellenistic period, coming from the settlement of Klima, which was the center of the island. The most important and interesting are the copy of the statue of Aphrodite of Milos in the first room, a small collection of marble Early Cycladic figurines with the famous “Lady of Prison” in the second room, the Roman works of the third room and the plates with the archaic apple alphabet in the fourth room. The Archaeological Museum is open every day except Monday and the entrance costs 3 euros and 2 euros the reduced one.

From the old… In 1967 the Union of Apples in Athens decides to establish the Folklore and History Museum of Milos. For this purpose, the house of the family of Phillipos Oikonomou is purchased, which is located in a privileged position in Plaka. The compilation of the collection and its exhibition is undertaken by the Mili folklorist Zafeiris Vaos. His aim is “to present the bourgeois household of the 19th century”. Setting an example, he urges his fellow villagers to donate their family heirlooms to the museum. At the same time, some shortcomings of the collection are supplemented by purchases.

The items – from mansions, urban and rural households – are displayed in the rooms of the house depending on their use. Over the years, the collection is enriched, but the objects suffocate in the space, the exhibition perception of Z. Vaos, is no longer so visible. The need for restructuring of spaces and maintenance of objects is now imperative.

..in the new museum

The work of the re-exhibition is undertaken by a team consisting of museologists, architects, conservators. Its pursuit is to detect and present elements of the social, economic and cultural life of the island at the turn of the 20th century. Remaining in the spirit of the old exhibition, it presents a selected number of objects in the rooms of the house, according to their function. The objects are framed by concise texts and supervisory material.

The goal is not the faithful representation of a specific type of male household. Starting with various objects, aspects of the life of the inhabitants are illuminated: their occupations inside and outside the house, the influences from other places, the food and clothing preferences, the way of entertainment, the relationship with nature. Stimuli are offered from a way of life that differs from the current one in terms of space organization, time management and utilization of local resources.

The Ecclesiastical Museum of Milos is housed in the church of Agia Triada, near the beach of Adamas and aims to save and promote the precious relics of the ecclesiastical tradition of the island. The museum collection includes icons, wood carvings, chalice, vestments, tributes of expatriate Adamantines from Odessa and various other ecclesiastical relics. Among them are excellent icons of the 14th century and works of the Cretan hagiographers Emmanuel and Antonios Skordilis. One of the most remarkable exhibits is the wood-carved iconostasis that is supposed to have been transferred, like most icons, from churches in the Old Town of Milos.

The museum was founded in 2000 and is under the control and supervision of the Holy Metropolis of Syros, Tinos, Andros, Kea and Milos. Its inspirer and founder was Grigorios Belivanakis. In 2006, the Ecclesiastical Museum of Milos was accepted as a member of the European Museum Forum, the Pan-European Organization under the auspices of the European Union and in collaboration with UNESCO.

Milos – Meet the most exotic island in the Aegean

Milos is a volcanic Greek island in the Aegean Sea, north of the Cretan Sea. It has been inhabited since prehistoric times and has given […]

The island is full of hot springs of different temperature and water composition. Below you can be informed of the most important ones: – Lakkos […]

Where is Milos Greece? milos is a volcanic island of the cyclades. milos is famous for the venus of milos where the authentic statue is […]

This website uses cookies to improve your experience while you navigate through the website. Out of these cookies, the cookies that are categorized as necessary are stored on your browser as they are essential for the working of basic functionalities of the website. We also use third-party cookies that help us analyze and understand how you use this website. These cookies will be stored in your browser only with your consent. You also have the option to opt-out of these cookies. But opting out of some of these cookies may have an effect on your browsing experience.
Necessary Always Enabled
Necessary cookies are absolutely essential for the website to function properly. This category only includes cookies that ensures basic functionalities and security features of the website. These cookies do not store any personal information.
Non-necessary
Any cookies that may not be particularly necessary for the website to function and is used specifically to collect user personal data via analytics, ads, other embedded contents are termed as non-necessary cookies. It is mandatory to procure user consent prior to running these cookies on your website.
SAVE & ACCEPT